The second installment of the trip to the PEF is long over due so apologies, the nest monitoring season is now in full swing so I’m writing this blog thinking I should be outside looking for my local pair of Hobbies. Anyway……….

During the second week in the Philippines we were treated to more behind the scenes of the breeding progamme and aviaries containing the all important breeding birds. Currently there are around 28 birds paired up or in adjacent aviaries creating pair bonds, the foundation has both natural breeding pairs (birds left in an aviary together to breed naturally) and imprinted birds that are artificially inseminated. The brains behind this side of the foundation is the wonderful Eddie Juntilla, Eddie can be seen in the photo in part 1 and has been at the foundation for 30 years (maybe a little more) and is the coolest guy to hang out with. His knowledge and experience with the eagles speaks for itself, Eddie has seen 28 chicks come into this world and survive to fledging and either enter the breeding programme or be released into the wild. During my visit, Eddie and the team had successfully hatched Chick 28 and I was privileged enough to spend time hiding behind a screen watching Eddie and the team rear this chick whilst its new aviary was being built.

One of the highlights for me on this trip was getting a guided tour by Eddie around the breeding aviaries on two occasions and seeing his incredible relationship with the imprint birds. This was proved by the aggression shown towards me whilst outside their aviaries as a complete stranger and yet Eddie would walk in talking to this huge angry imprint eagle and she would completely calm down allowing him to approach her and lift her tail as if part of the breeding season (I was there after the breeding season). Growing up one of my vivid memories of the Philippine eagle was a video on the internet of this man with a leather hooded coat and a large leather mitt on his hand allowing a male Philippine eagle to jump on his mitt rested upon his head so that he could take semen from the bird. This man was Eddie himself and the eagle was the star of the show Pag-Asa the first captive bred eagle who Eddie has raised from a chick, what a treat then to stand in front of a Philippine eagle wearing the very coat and mitt used by Eddie with the great man himself.

After changing the equipment on some of the birds that the education team use during tours and talks we had a meeting with the education team, breeding team, Jayson Ibanez head of conservation and Dennis Salvador the director of the foundation with the view of implementing a training regime for the staff to follow to get some of the birds flying free. Some of the staff also needed training along with the birds so we had a lot to fit into the final week so we got cracking. The first thing some of the staff had to get their head around was weight loss in order to get the birds to fly to them, I went out to the nearest town and bought an industrial set of weighing scales for the birds to be weighed on and the staff got to grips with weight management and the initial part of training the birds.

The birds they had to train included a Serpent eagle, Brahminy kite, White Bellied sea eagle, Philippine hawk eagle and Giant scops owl and of course the Philippine eagle previously trained called Imbulog. Bong was going to oversee the whole training of the birds and development of a bird show after my departure and he also had the job of training Imbulog, that was going to be a long project as most eagles prove to be and it was shame I wouldn’t get to see her progression (I’ll have to wait til October). The birds were already well manned having been handled every day by the staff and it didn’t take long before the Brahminy kite was jumping to the fist, the hawk eagle proved to be tricky and the Serpent eagle was a little on the heavy/lazy side. The star of the show was the White Bellied sea eagle who quickly took to jumping to the fist and then flying on the creance (training line) and before I left we managed to get flying free between the staff. I personally felt this was really important as I had been told that this had become a stumbling block in the past and an area of training that a lot of people get stuck at -when to let the bird fly free! We got past this and I saw a believe in the teams eyes that this is achievable and they did it.

I don’t have any regrets from the trip but if there is one thing I would like to do next time we are in the Philippines with the PEF is to spend more time out in the field with the conservation team and the local indigenous people. I did get a small taste of this when I spent a day out in the field with Jayson Ibanez at the oldest known Philippine eagle nest site looking for eagles and meeting the local groups who live alongside the eagles. Sadly the nest this year had failed on the one egg they had laid which meant I had even less chance of seeing my first wild Philippine eagle but to be sat in a wild eagle territory with two guides and Jayson it just didn’t seem an issue – this wasn’t about twitching it was about the experience. Jayson is in the same league as Eddie, a true legend in the plight of the Philippine eagle having been involved for over 20 years its in his blood and to be out in the field with him was real honor and at that moment I knew Raptor Aid was helping the right project and long may it continue. 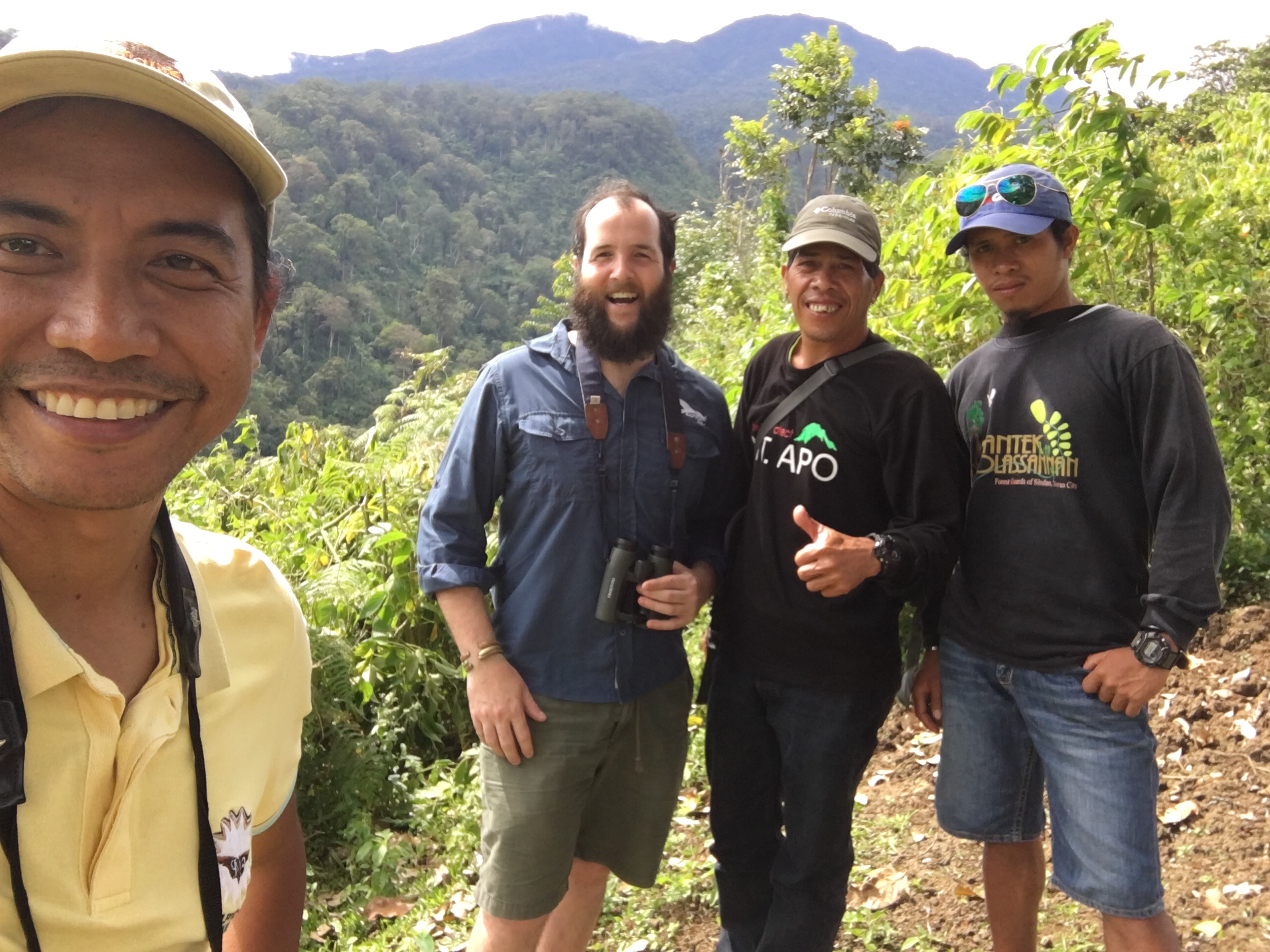 Just over two weeks flew by and I suppose that’s a sign of a great time, I want to take this moment to thank all the staff at the Philippine Eagle Foundation for making me feel so welcome and allowing us to create a working link. Going forward we will hopefully be back at the foundation in October for the Asian Raptor Network Conference and to continue setting up links with the PEF. We already have several UK schools who are interested in connecting with schools in the Philippines relating to bird of prey conservation and if you think you know a school who would like to get involved please just let us know.

There are no upcoming events at this time.