Peregrine falcons have fascinated humans for generations, they have featured in falconry for centuries and more recently on our TV screens as one of the best examples of avian evolution. Sadly, it has not always been plain sailing for Peregrines in the UK, with a collapse and near extinction as a breeding bird in many parts of the UK during the 1950’s which continued into the 1960’s. This was down to the use of organochlorines in agriculture and one product in particular, DDT.

The 1970’s saw the population start to recover and with this recovery saw a species more commonly associated with rugged cliffs on coastlines or mountainous regions of the British uplands to make the remarkable move to our urban cities. The tall sky scrapers and cathedrals of our urban metropolis proved to enticing to some pairs of Peregrines and the enticing provision of city pigeons and migratory birds over head has seen the rise and adaptation of Peregrines in the UK.

Nowadays most cities lay claim to at least one pair of Peregrine falcons and they offer the species a safer place to raise a family with urban pairs often successfully raising larger broods in comparison to their rural cousins. Chester came late to the party and despite Peregrines being seen for many years around the cathedral and Lead Shot Tower confirmed breeding did not take place until 2017 with 3 chicks fledging.

In early 2019 a new nest box was put in place for the falcons due to the renovation work being carried out on the Lead Shot Tower. The falcons took to the new nest box and as in 2017 & 2018 produced 3 chicks. 2019 saw Raptor Aid launch the first Chester Peregrine Watch Point in partnership with Waitrose, CPUK construction and Robertsons Construction to help monitor the Peregrines but also share these birds and the wider conservation message of birds of prey and wildlife with the people of Chester and its tourists.

The watch runs from June – early Sept every year provided the Peregrines are successful in breeding and volunteers can be found with telescopes and information outside Waitrose, monitoring the Peregrines every weekend throughout June, July & August. We are always looking for volunteers for our watch point so if you wish to volunteer for Chester Peregrine Watch you don’t need to be a Peregrine nerd, just a passion for nature and an ability to share it with the public then please get in touch using our contact page.

There are no upcoming events at this time. 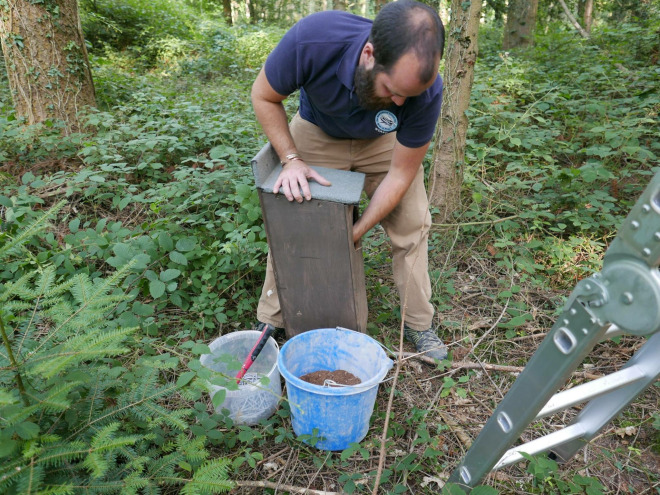